The demise of abortion rights has brought new urgency to the debate over the filibuster. Critics say Democrats should end the filibuster while they can.
U.S.
Largest Ever Fentanyl Shipment on U.S. Highway Seized Heading to Colorado

Officials in Colorado last month said authorities "already seized more illicit fentanyl in the first five months of 2022 than they did in all of last year."
News
Most Americans, Across Party Lines, Say Government 'Corrupt, Rigged': Poll

While most Americans distrust the government, one side was more likely to be wary than the other. Both liberals and conservatives don't trust one another.
News
Biggest Winners and Losers in a Housing Market Crash, According to Experts

Biggest Winners and Losers in a Housing Market Crash, According to Experts

First-time homebuyers in particular could benefit from the drop in prices that accompanies a crash.
U.S.
Trump Beats Biden, DeSantis in 2024 Matchups Despite Jan. 6 Hearings: Poll

Eileen and Nicole travel to Palm Springs to drive up a mountain (on the pavement) and on the King of the Hammers course in the new Ford Bronco Raptor. Then Nicole sets off for Arizona to drive the new Cadillac Escalade V-Series. They also share what mittens and the Chevrolet Traverse have in common.
Sponsored
Brand Loyalty Revolution

How technology is changing the customer relationship game. Brought to you by Oracle Advertising and Customer Experience.
Survey
America's Best Physical Rehabilitation Centers 2022

Newsweek is partnering with Statista Inc. to establish a ranking of Best Physical Rehabilitation Centers in the United States 2022. If you work in this field, please participate in our survey.
Podcasts
Healthy Kids, Glow Up Movies, and Gatling Guns

Newsweek is partnering with the respected global data research firm Statista Inc. to establish a ranking of Best Addiction Treatment Centers in the United States 2022. If you work in this field, please participate in our survey.
Top Story
News
Roe v. Wade Overturn Launches Battles for Women's Privacy in State Courts

State courts are the focus of several legal fights to determine how a state's constitution defines liberty and right to privacy in relation to abortion access.
MORE STORIES
Joe Biden's Approval Rating Worse Than Trump's at This Stage of Presidency

The president's approval rating may be a bad sign for Democrats as they face difficult midterm elections this November.
Disney Praised for Splash Mountain Revamp, 'Racist' Theme Removal

"Goodbye racial undertones! It's my favorite and re-theming will only make it better," one Twitter user wrote of the updates..
Meghan McCain Mulling Run for Office—'This Fever of MAGA Has to Break'

"President Trump has to get re-elected—God forbid—again, or he has to just leave the national stage," McCain said of potential change in the GOP.
Liz Cheney and Trump-Backed Challenger Clash at Wyoming GOP Debate

The Republican congresswoman, who is on the January 6 panel, repeatedly urged Harriet Hageman to admit she backs the false claim the 2020 election was rigged.
Impeach Clarence Thomas Petition Hits 700k Signatures Week Since Roe Ruling

The petition, initially focused on Justice Clarence Thomas's failure to recuse himself, has now been updated to comment on the recent Roe V. Wade ruling.
Russia Dissent Rises as Man Tries To Set Government Building on Fire

Liberal world order refers to a "series of international organizations and agreements to promote global cooperation," according to the Council on Foreign Relations.
Fact Check: Did Amy Coney Barrett's Father Work for Shell Oil?

Justice Barrett recused herself from cases involving Shell while she was a judge on the 7th Circuit Court of Appeals.
Alleged Proud Boys Members Pepper Sprayed After Trying to Disrupt Drag Show

The drag show event was initially cancelled due to security concerns but went ahead after support from the local community.
What Ezra Miller's Accusers Have Said About Actor's Alarming Behavior

What Ezra Miller's Accusers Have Said About Actor's Alarming Behavior

Set to become the world’s third-largest economy within the next ten years and with a population projected to surpass 1.5BN, India is becoming a global powerhouse.
Podcasts
God, Guns, and Abortion: Major Wins for Conservatives

Josh Hammer reflects on a week of historic conservative victories at the Supreme Court. Then we're joined by Dr. Kevin Roberts, newly minted president of The Heritage Foundation, to talk about the path forward.
In The Magazine
2022/07/08
July 08 ISSUE
See All Features
Title IX at 50: Star Athletes On the Law's Impact and Work Still to Be Done
Cover U.S.

Title IX at 50: Star Athletes On the Law's Impact and Work Still to Be Done

Venus Williams: I Want Women to Embrace Their Femininity and Power
Features My Turn

Venus Williams: I Want Women to Embrace Their Femininity and Power

Good Guy Tom Hanks Steps Into the Shadows with 'Elvis'

From YouTube to Movies: Jenny Slate on 'Marcel the Shell with Shoes On'
Downtime Culture

From YouTube to Movies: Jenny Slate on 'Marcel the Shell with Shoes On'

Should We Change How Social Media Is Regulated?

Newsweek is proud to announce the four finalists of The Social Dilemma Debate Project, which encouraged students to answer the question, “Should we change how social media is regulated?” To learn more about this project and view the videos they submitted, go to newsweek.com/social-dilemma
01:30
EDITOR'S PICK
Donald Trump
To Indict Trump or Run Against Him? That's Democrats' Toughest Question

To Indict Trump or Run Against Him? That's Democrats' Toughest Question

The parents of the deceased travel blogger allege the parents of her fiancé Brian Laundrie knew all along that he had killed her and hidden her body.
Joe Biden
Biden Faces 3 Awkward Anniversaries of Things He Shouldn't Have Said

Biden Faces 3 Awkward Anniversaries of Things He Shouldn't Have Said

Last July, President Joe Biden made a series of inaccurate predictions on the pandemic, the U.S. withdrawal from Afghanistan and rising inflation.
Ron DeSantis
Ron DeSantis Now Favorite for 2024 as Donald Trump Hurt by Jan. 6 Hearings

Trump's chances of returning to the White House have dramatically fallen since the damning testimony of Cassidy Hutchinson.
Russia
Russia Admits It's Running Out of Weapons in Ukraine War

Russia Admits It's Running Out of Weapons in Ukraine War

A report of sanctions on Russian individuals and defense manufacturers not being punitive enough follows new worldwide sanctions imposed this week.
Economy
Are We in a Recession? What Experts Are Saying

Are We in a Recession? What Experts Are Saying

Bill Adams, chief economist for Comerica Bank told Newsweek the "jury is still out" on whether there will be a recession as some analysts have predicted.
Supreme Court
Supreme Court's Potential Changes to Elections Spark Panic: 'Judicial Coup'

Will Gas Prices Go Down in July?

Will Gas Prices Go Down in July?

Meghan's Entering Politics Not 'Ludicrous': 'Could Make a Real Difference'

When You Should Rebrand — And How To Do It Successfully

When You Should Rebrand — And How To Do It Successfully 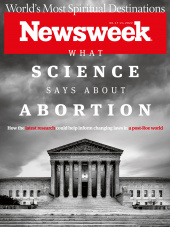 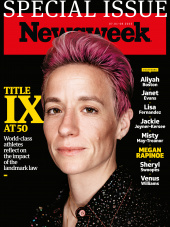