Over the weekend, South Korea was forced to push its alert level to its highest point after at least six deaths were reported.
U.S.

The archives, which open on March 2, chronicle a fraught period for the Vatican, during which time it remained silent about the Holocaust.
SPONSORED INSIGHT

Nurses - The Real Medical Heroes of 2020

We’re used to doctors bustling in and out when in hospital, but it’s the reassuring presence and professionalism of the nursing staff that we rely on. What sets the best ones apart?
NYC

Enter the sweepstake for your chance to meet music sensation Adam Lambert and attend the live taping of his appearance on Newsweek Conversations.
SPONSORED INSIGHT

Embark on a Career in Teaching With a Leading School

Teachers are more in demand than ever, and the rewards for a career as an educator are numerous and generous. Find out how to get involved.
SPONSORED INSIGHT

Kobe Bryant will forever remain in the hearts of basketball fans as one of the greatest to ever play the sport. Celebrate his life with the Newsweek Commemorative Edition, featuring photos and stories of the Black Mamba’s incredible legacy both on and off the court.
Top Story
Politics

Sanders has garnered 34 delegates and emerged as the clear front-runner after winning the popular vote in the first three Democratic presidential primary contests.
MORE STORIES

The CBS News/YouGov poll revealed that Republicans are far more confident than Democrats, with 90 percent of GOP registered voters expecting the president to win re-election.

"He won Iowa. He won New Hampshire. He won Nevada," Marianne Williamson told a crowd at a Sanders rally in Austin, Texas.

Intelligence officials had reportedly warned House lawmakers that Russians will continue their attempts to interfere in the 2020 election.

The Vermont senator made political history Saturday with his Nevada caucuses victory, becoming the first candidate from either party to win the popular vote in all three early states.

Schumer Warns TSA of TikKok Security Issues, Says Use Will Not 'Fly'

The Department of Homeland Security banned use of the social media platform on department-issued mobile devices.

The 64-year-old died after his homemade steam-powered rocket crashed moments after takeoff near Barstow, California.

The widely condemned rule is expected to roll out across all 50 states on Monday.

Fans Who Heckled Astros for Sign-Stealing Had Their Signs Taken

Fans showed up with all kinds of signs to shame the Houston Astros for being found guilty of sign-stealing, only to have their own signs confiscated.

The new Harrison Ford-led adventure vehicle has been projected for a $28 million opening.
Culture & Travel
Asia Flight Prices Drop Following Coronavirus Fears
Several airlines are offering lower prices for flights to Asia, while others have reduced their services to the region due to falling demand.
News
Biggie: The Larger-Than-Life Rap Icon Who Brought Hip-Hop to the Masses
In honor of the Notorious B.I.G.'s 2020 induction into the Rock & Roll Hall of Fame, here's a look at how the icon moved rap from a counterculture into the mainstream.
Music
Sacred Journeys Around the World
Escape the crowds on El Camino on these alternative pilgrimages around the world. Follow in the footsteps of Buddhist monks in Japan or a revered Viking king in Scandinavia or seek a shaman's healing in ice-cold lagoons in Peru.
Travel
40 Must-Read Fiction and Nonfiction Books to Savor This Spring
Newsweek's top fiction and nonfiction spring books to entertain and excite your imagination from the blustery days of late winter until the sun shines in the spring.
Books
OPINION
LATEST NEWS
SPONSORED INSIGHT

With interest from international investors up 70 percent in 2019, Saudi Arabia is becoming an investment powerhouse—a transformation supported by its flourishing financial services industry and rapidly expanding private sector. Read more.
Sign up for our Newsletter
Sign up
Update your preferences »
SPONSORED INSIGHT

What Can A Private Education Do For Your Child?

What is the single most consequential choice you make to give your child the best possible advantage in life? If you think it’s education, read on.
SPONSORED INSIGHT

Have You Thought About A Career In Law? If So, Where Should You Get Qualified?

The rewards for a career in the legal profession are many and varied, and demand for lawyers is high. So which schools produce the best lawyers?
SPONSORED INSIGHT

Good Journalists Are More Important Than Ever in 2020

The world desperately needs sharp, incisive and capable journalists to cut through the noise with measured and nuanced takes on today's pressing issues. For these looking to find their voices, an education at a leading journalism school is invaluable.

Newsweek partnered with Statista Inc. to spotlight 300 companies that stand up as good citizens and good neighbors.
February 28 ISSUE
See All Features
IN THE MAGAZINE
Cover World

Growth Can Be Green. Here's How

40 Must-Read Fiction and Nonfiction Books to Savor This Spring

West Side Story Returns to Broadway Like Never Before

Bernie Sanders Blasted for Saying Neither Dems, GOP Can Stop His Campaign

Vermont Senator Bernie Sanders was accused of "egomania" and accepting Russian assistance Saturday, after he remarked that neither the Democratic Party nor the Republican Party can stop his 2020 presidential campaign.
U.S.

During his tenure, Jose Irizarry worked out of the DEA's Miami field office, Washington, D.C., bureau, and an official outpost in Cartagena, Colombia.
World

The stunt was organized by Allred, who represents some of Epstein's victims, to put pressure on Andrew to reveal what he may have known about the late convicted sex offender.
World

More than 50,000 people have been asked to remain shuttered inside their homes.
Politics

The Gypsy King floored Wilder twice in the third and fifth round, before the American's camp threw in the towel in the seventh round.
Tech & Science

In an interview with The Wall Street Journal, the actor-director voiced support for the former New York City mayor, and criticized the president for tweeting and name-calling.
FEATURED SLIDESHOWS
11

Relive the 'Star Wars' Saga at These Filming Locations

Active Volcanoes Around the World That Could Erupt at Any Moment

Inside the Last Bohemian Apartments of the Storied Hotel Chelsea

Cruise the Galapagos While Conserving Wildlife Found Nowhere Else

Iran Wants U.S. Out of Afghanistan As Soon as Possible Amid Peace Deal

Coronavirus Is 'Threatening the Future of Globalization,' Economist Says

Antarctica's Thwaites Glacier 'Has Got Three Guns Pointed Right At It' 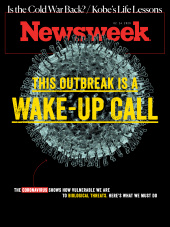 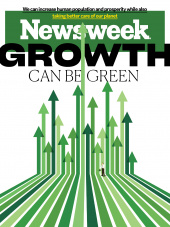 Take back your inbox. Sign up for our newsletter and start making sense of the world around you.