From California to New York, thousands of largely peaceful protesters took to the streets to voice their anger at the outcome of the Breonna Taylor case as well as alleged police brutality.
U.S.

"If you believe 22 percent is herd immunity, I believe you're alone in that," Fauci told the Republican senator.
World

"What the whole world should be concerned about is the complete disregard for international law and, in particular, for the United Nations system that the Trump Administration has shown in recent actions," Venezuelan Vice Minister Carlos Ron told Newsweek.
U.S.

Why Breonna Taylor Louisville Officers Weren't Charged Over Her Death

Six months after Breonna Taylor's killing by police, Kentucky Attorney General Daniel Cameron announced that the officers involved will not be charged with homicide.
Politics

Movie About Illegal Immigration Has Filmmakers on Edge

"America's Forgotten" explores the human costs attributed to illegal immigration: "Due to the possible political backlash all credits have been voluntarily withheld by the crew of this film."
Rankings

In the first part of this special, we rank the best hospitals in cardiology, oncology and endocrinology.
Rankings

Newsweek and Statista are recognizing 1,000 shops across 39 categories in eight groups.
Rankings

Finding reliable rehabilitation can be a challenge. We partnered with Statista to rank the country's Best Physical Rehabilitation Centers.
Take the Survey

What Brands do You Trust the Most?

Tell us for a chance to win. 2020 Brandspark Most Trusted Awards. Voted by consumers like you.
Rankings

The shootings followed moments of civil unrest and arrests following the announcement of criminal indictments facing one of three police officers involved in Taylor's death.

What Happens Next in Breonna Taylor's Case?

"Will we continue to prosecute the charges brought in this case as it now proceeds to the justice system, and move to trial? That is our responsibility," Kentucky AG Daniel Cameron said. "This will be done while the FBI continues its investigation into violations, potential violations, of federal law."
MORE STORIES

On the 110th day of protests in Oregon's largest city, demonstrators started a fire at the police bureau.

The president issued the message after two officers were shot in Kentucky amid protests following a court decision regarding Breonna Taylor's death.

The Utah senator has been critical of Trump throughout his presidency.

The streaming service tweeted about the documentary just after the grand jury announced it would not charge anyone with Taylor's death.

Democrats Are 'Defending Democracy' With Threats to Burn Down the System

The Democratic position seems to be that any development that might constrain their power must be stopped by any means necessary, even if means overturning honored precedents and trashing any institution that doesn't bend to their will.

Researchers found that after exponential growth in Manaus, cases and deaths started to drop significantly, without major interventions taking place.

Republican Texas Governor Greg Abbott's order to extend early voting by less than a week would cause "harm" and has "the ability to impact local, state and national elections," according to a lawsuit filed Wednesday by the Texas GOP and multiple individual Republicans.

Every State Where Coronavirus Cases Are Rising

New infections in more than 20 states, including California, Texas and Arizona, were reported to be on an upward trend in recent weeks.

Unlike the other vaccine candidates that require two doses, the Johnson & Johnson vaccine is a single-dose, which may make it easier to distribute.

Entrepreneur Mark Cuban has suggested such action could help families while also boosting spending which would support businesses.
My Turn
'The Parenting Questions I'm Asked Most As a Child Therapist'
'I Have Been a Surrogate 3 Times, This Is What It's Like'
'Why I Gave up a Triathlon Medal at the Finish Line'
Culture & Travel
Travel
Choose Electric: Ewan McGregor Rides Into the Future in 'Long Way Up'
Travel
The Countries With the Least Amount of Travel Buzz, According to Google
Museums
Planning a Trip to One of NYC's Recently Opened Museums? What to Know
The debate
The Best (Cyber) Defense Is a Good (Cyber) Offense
By Jamil N. Jaffer
VS
The U.S. Needs a Cyber Strategy Designed for Defense
By Bonnie Kristian
OPINION
SPONSORED INSIGHT

75% of Roofstock users are first-time real estate investors, and more than half are under 35.
Start your day with our top 5 articles
SPONSORED INSIGHT

What Could a Career in Engineering or Computer Science Do For You?

Could this be the perfect time for you to pursue a career in engineering or computer science? Find out how to get started.
SPONSORED INSIGHT

What Makes the Best Lawyers Stand Out?

The unthinkable has happened and you need a good lawyer to turn to, how do you chose?
Survey

The Best Hospitals in the World

Newsweek has partnered with Statista Inc., the global market research and consumer data firm, to develop the ranking of the world's best hospitals for the third year.
Rankings

During the coronavirus outbreak, health care is more important than ever. In Newsweek's first Best Health Care series, we highlight the best infection prevention products.
IN THE MAGAZINE
September 25 ISSUE
See All Features
Cover News

When Will There Be a COVID-19 Vaccine and Should You Trust That It's Safe?

Dr. Fauci Would Bet 10 Cents on Trump Having Vaccine by November, December

A handful of southern states have each reported a drop in new COVID-19 deaths in recent weeks.
Sports

Every NFL Player to Speak Out Over Breonna Taylor Verdict

New Orleans Saints duo Michael Thomas and Demario Davis were among the players calling out the verdict.
News

Donald Trump 'Not a Fan' of Meghan Markle After Her U.S. Election Comments

The U.S. President piled pressure on Meghan Markle and Prince Harry as the couple faced calls in Britain to be stripped of their royal titles.
Politics

It has been nearly six months since the CARES Act was signed by the president, with a stalemate delaying a further such relief package.
U.S.

Sharon Sara has secured a $30,000 college scholarship for winning the contest with her "Together As One" artwork.
News

"It's all too likely that we won't be gathering for Thanksgiving, but we still have a shot at Christmas," Canadian Prime Minister Justin Trudeau said while discussing the COVID-19 pandemic during a national televised address on Wednesday.
Health

The man was found to be suffering from the rare disease granulomatous amebic encephalitis.
News

Five of the Seven Largest Wildfires in Calif. History Are Currently Burning

Many experts are pointing to climate change as the biggest driving force behind this sharp increase in the number of wildfires.
U.S.

Why Alan Arkin is Leaving 'The Kominsky Method'

Who Won 'America's Got Talent' – and What They Win

Kaepernick Calls for Police to Be Abolished after Breonna Taylor Verdict 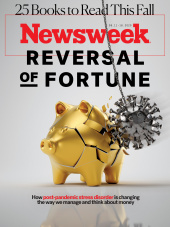 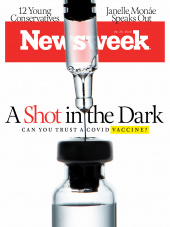