The poll found that 52 percent of respondents approve of his job performance, compared to 43 who disapprove.
News
Why Is COVID Declining in UK? All the Theories Behind the Surprising Fall

Why Is COVID Declining in UK? All the Theories Behind the Surprising Fall

One theory? It could be Euro2020 and the way the sports fans have influenced the spread of infection.
U.S.
Arizona Election Audit Mocked by Maricopa County Chairman

"If you haven't figured out that the election in Maricopa County was free, fair, and accurate yet, I'm not sure you ever will," Republican Jack Sellers said.
World
China Hosts Russia Troops to Hold Strategic Military Drills for First Time

Ireland: A Land of Opportunity

A stable base in a changing world that fosters innovation and productive partnerships, the Emerald Isle is a natural place to put down roots. Discover how Ireland helps businesses grow.
Rankings
America's Best PetCare Brands 2021

We looked at 245 brands across a range of categories, ranging from food and accessories to care and health services, and found the best in each for dogs, cats, birds, fish and rodents.
Rankings
Best Infection Prevention Products 2021

Newsweek, in partnership with the Leapfrog Group, presents our second annual review of the best infection prevention products, highlighting companies whose products are most promising for helping patients and the healthcare workforce.
Rankings
World's Best Smart Hospitals 2021

Which are the USA's Leading Public Affairs, Policy & Administration Programs?

Which Business Schools are Rising to Today’s Challenges?

Technology is increasing collaborative opportunities in today’s business world. Which schools are adapting the best?
Rankings
The Best Credit Cards of 2021

Newsweek​ is partnering with Statista to establish the third ranking of Best Nursing Homes in the US. If you are currently working as nurse, health care professional and in nursing homes, we'd like to hear from you.
Top Story
U.S.
CDC Says It Can't Act as Biden Looks for Ways to Prevent Evictions

President Joe Biden's administration is attempting to delay the mass eviction of millions of people that looms after the lapse of a federal moratorium on housing evictions for people who haven't been able to pay rent during the coronavirus pandemic.
MORE STORIES
San Francisco, Bay Area Reinstate Mask Mandate for Indoor Spaces

The order goes into effect at 12:01 a.m. Tuesday and comes less than a week after the Centers for Disease Control and Prevention reversed its indoor mask policy.
GOP Chairman Defends Comparing Unvaccinated to Jews in Nazi Germany

The controversial Facebook post has been criticized by several top Republican figures in Oklahoma since it was uploaded on Friday.
Nancy Pelosi, White House Point Fingers Over End of Eviction Moratorium

Nancy Pelosi is again calling on the Biden White House to extend a ban on evictions for people who have been unable to pay rent during the coronavirus pandemic.
NYC 'Strongly Recommends' Universal Mask Wearing, But Won't Require It

New York City Mayor Bill de Blasio said the city's focus is on getting people vaccinated, although he said a mask mandate could be put in place in the future.
Nearly $47B of Housing Aid Issued to States Hasn't Gone to Renters

"No landlord should evict without seeking that rental assistance, and states and localities need to get that money out urgently," said Brian Deese, the director of the White House National Economic Council.
Huge Lines in Florida for COVID Testing as Delta Spirals Out of Control

People queued for hours to get tested as Florida recorded a record breaking 21,683 new cases on July 31.
California Democrats Fretting Over Voter Turnout Ahead of Recall Election

California Democrats Fretting Over Voter Turnout Ahead of Recall Election

Democratic registration is nearly twice that of Republicans in the state, but party leaders are worried about Republicans' eagerness to push out Governor Gavin Newsom.
U.S. Expands Afghan Refugee Program to Cover Those Working With Media

The U.S. State Department will open the opportunity to resettle in the U.S. permanently as refugees to "many thousands" of Afghans and their immediate families.
North Carolina Healthcare Workers Protest COVID Vaccination Mandate

At least one protester was seen holding a Nazi Swastika during the demonstration in Charlotte on Sunday.
American Airlines Flight Forced to Land with Punctured Tire

A state of emergency was declared at Ben Gurion Airport in preparation for the landing of flight AA052 from Miami.
ACLU Resuming Legal Battle Over Title 42 Ban on Asylum Seekers

"Seven months of waiting for the Biden administration to end Title 42 is more than enough," said ACLU attorney Lee Gelernt.
Russia Says Most of the 24 Diplomats Ordered to Leave US Won't Be Replace

How IB Schools Help Your Child Get Ahead.

The IB aims to offer the best possible international education for students of all backgrounds and from every part of the world, find out how.
Rankings
America's Best Trending Online Shops 2021

Newsweek is partnering with Statista Inc. to establish a ranking of World's Best Specialized Hospitals 2022. Join us and take part in this survey.
Rankings
America's Best Plastic Surgeons 2021

Newsweek has partnered with Statista to feature the top 200 plastic surgeons for Breast Augmentation and the top 150 for Liposuction, Facelift, and Rhinoplasty.
Rankings
America's Most Trusted Brands

If you're one of the millions of Americans who own a pet, you probably already know just how terrifying an emergency trip to the vet can be.
IN THE MAGAZINE
2021/08/06
August 06 ISSUE
See All Features
Why We Are Still Living in Ronald Reagan's America
Cover Politics

Why We Are Still Living in Ronald Reagan's America

Inside the Making of Hollywood's New Ronald Reagan Movie

Restless at Work? Don't Quit Your Job Until You Read This
Periscope Culture

Restless at Work? Don't Quit Your Job Until You Read This

Back-to-Travel Thrills: Adventures to Make Up for Lost Time

The 24-year-old will be competing in the beam final on Tuesday at the Tokyo Olympics, USA Gymnastics has confirmed.
Coronavirus
Trump Hopes People Will 'Never Forget' His Work on Border, COVID-19 Vaccine

Several people have called for the former president to cancel his party as the U.S. continues to tackle the highly contagious Delta variant of COVID.
Science
Why the FDA Hasn't Approved a COVID Shot yet When Millions Are Vaccinated

With less than half of the U.S. population fully vaccinated and the Delta variant spreading at an alarming rate, experts told Newsweek an FDA approval might encourage people to get their shots.
Student Loan Debt
Top Democrats Warn Biden Against Student Loan, Eviction Restart

"The White House says it doesn't have authority to extend the eviction moratorium or cancel student debt. But it hasn't had a problem conducting airstrikes without authorization from Congress," Representative Jamaal Bowman said.
Joe Biden
The Climate-Change Win that Rashida Tlaib Backs, Biden Fails to Seize

"I haven't ruled in or ruled out anything. I haven't made any decisions about the future," de Blasio said at his daily news conference on Monday.
U.S.
Iowa to Pay 5 Black Lives Matter Protesters $5K Each After Capitol Ban

Some Countries Opt to Mix and Match COVID Vaccines Amid Spikes

Business
Robinhood Sees Drop of 12.2 Percent on First Day of Trading, Then Rebounds

Robinhood Sees Drop of 12.2 Percent on First Day of Trading, Then Rebounds

Dying Galaxies Shoot Out Gases That Boomerang Back, Slow Their Aging—Study

Dying Galaxies Shoot Out Gases That Boomerang Back, Slow Their Aging—Study

China Wins Three Olympic Golds in 15 Minutes As U.S. Tries To Catch Up

China Wins Three Olympic Golds in 15 Minutes As U.S. Tries To Catch Up 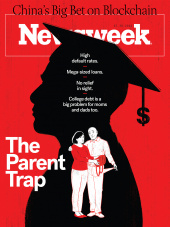 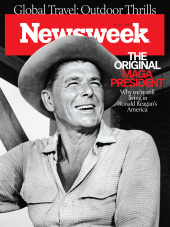